Electric vehicles and their batteries

Batteries are the most expensive, the most important and above all the most controversial part of the whole electric car. Opponents of electric cars usually cite batteries as the main problem - in addition to their high prices, they mention short life, the need for early replacement, insufficient range, and the burden on the environment when recycling them.

Many of the accusations were once true, but they are far from being valid today, and in this article we will focus on all the mentioned areas. We will first explore how batteries are designed, what are their most important parameters, we will focus in detail on their capacity, range and lifespan, but also on how to take care of the battery and what happens to it after 15 years when they cease to serve its original purpose. Finally, for the curious, we will give a brief overview of the development of batteries for electric vehicles. 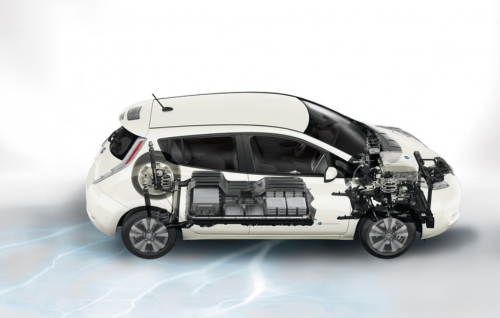 Batteries for electric cars vary from manufacturer to manufacturer, each one of them produces slightly different batteries in which the chemical reaction takes place a little differently, but basically they are all constructed in the same way from basic battery cells and modules.

Evaluation of a Remanufacturing for Lithium Ion Batteries from Electric Cars. Source: https://www.semanticscholar.org/

Batteries consist of hundreds (sometimes thousands) of small battery cells, which are connected in either series or parallel connection to achieve the required voltage and current. Each battery cell has a voltage of 3-4V. Currently, three types are used: cylindrical, prismatic and pouch, each of which has its advantages and disadvantages.

Tesla uses cylindrical cells, their main advantage is maturity and high optimization in manufacturing. It is also the cheapest option with the highest efficiency.

BMW and Volkswagen use prismatic cells that are more compact, easier to cool and inexpensive to manufacture, but they have low energy density and problems with the number of charge and discharge cycles. Nissan, Renault and Chevrolet use pouch batteries that are the most flexible in terms of individual module design and capacity, but both temperature and pressure need to be carefully controlled.

Battery cells form battery modules that are the building blocks of each battery. This arrangement allows for easier production, installation, management, but also maintenance. If necessary, the individual modules can be replaced, and even in the event of a fire, this arrangement helps to reduce the rate of its expansion. 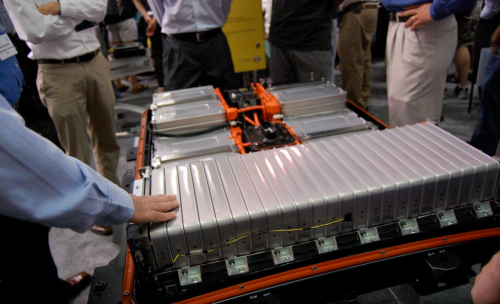 The battery modules contain a cooling unit, a temperature monitor and usually a voltage monitor which both send information to the Battery Management System (BMS), which then takes care of maintaining the optimal environment. The modules also contain relays and other components that ensure the correct distribution of electricity and voltage. Thanks to this, it is possible to ensure that all cells are charged and discharged evenly, which has a very positive effect on the battery life of the electric car.

Manufacturers of batteries for electric vehicles have to balance many important requirements. As it is a mobile car, the weight and size of the battery are absolutely crucial. For this reason, researchers and manufacturers care about specific energy or energy density - this is the energy per unit of weight, or volume (i.e. Wh/kg or Wh/l). 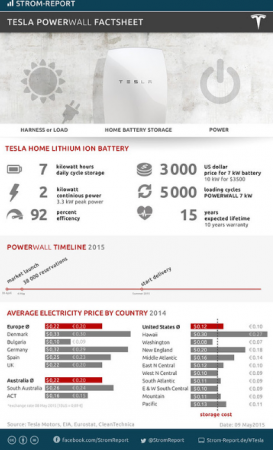 The research race takes place towards the battery with the highest possible energy density. While some focus on the energy density of individual battery cells, others on the other hand, focus more on the density of the entire module, where the shape of the battery calls and their arrangement also come into play.

The number of charge and discharge cycles during which the battery can maintain its properties is also important as it indicates the overall battery life. Usually the batteries will last 1000 - 1500 cycles, but there are already some batteries that withstand even 7000 charges.

And last but not least, the price is also important. So far it makes up about 30% of the total price of an electric car. Usually we come across the price per unit of energy - usually USD / kWh. In 2010 it was still 1100 USD/kWh, in 2019 it was only 156 USD/kWh. We could exceed the expected limit of 100 USD/kWh in 2024. This is the result of greater battery efficiency, higher energy density and better automation of production processes. It is the reduction of battery price that is expected to put the price of electric vehicles on the same level with the price of cars with a combustion engine.

The most important thing of all - the capacity of the electric car battery and its range - depends on all the above-mentioned features.

Based on the available technology, the maximum specific energy of individual types of batteries is given and the effort goes towards balancing the weight, price and range. Batteries on the market today have capacities from 16 kWh (Mitsubishi and MiEV) to 90 kWh (Tesla S).

In general, lead batteries have a range of 30-80 km, nickel batteries up to 200 km, and lithium batteries 320-480 km. Regenerative braking, which can transfer energy from braking back to the battery and then use it again, can extend the range by 10-15% in normal city traffic and in extreme conditions by up to 50%. 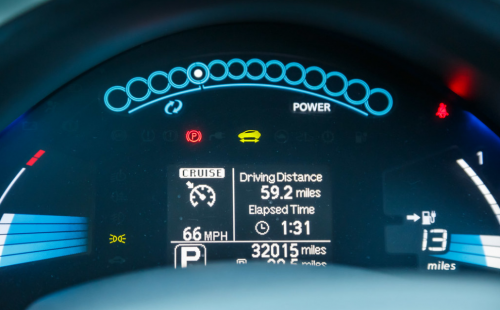 Furthermore, the range of the batteries depends on many different factors, such as the weather. While in cars with an internal combustion engine the car is warmed by the heat generated by the engine, in electric cars it is necessary to sacrifice a part of the capacity of the battery to warm up. In extreme conditions switching on the air-conditioning reduced the range by up to 96 kilometers. And then of course, the range depends on the terrain, driving skills, weight and type of vehicle - in exactly the same way as it is for cars with internal combustion engines.

And then of course, the range depends on the terrain, driving skills, weight and type of the vehicle - in exactly the same way as it is for cars with internal combustion engines. If you are interested in the comparison between electric and combustion propelled cars from the cost perspective, you can find it here.

One of the most common concerns is the early loss of battery capacity and the need to replace the battery. However, the experience of most drivers has shown that this fear is unfounded for batteries with advanced battery management systems (BMS).

In addition to the BMS, the on-board charger and charging stations (power supply) also participate in the charging, and constantly communicate with each other so that the charging does not endanger the lifespan of the battery.

Nissan LEAF, which sold more than 250,000 cars between 2010 and 2016, only had to replace 0.01% of the batteries due to internal defects. Many cars covered more than 200,000 kilometers and retained 90% of the battery capacity during that time. Even after more than 160,000 kilometers, the Tesla Roadsters have retained between 80-85% of the capacity, regardless of the climatic zone in which they were used. 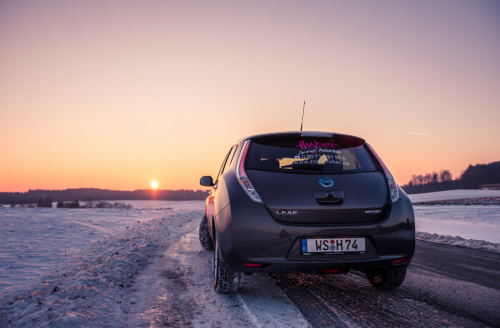 Generally only a few cells in the battery of an electric car are defective, and they can be easily replaced thanks to the modular arrangement, and the battery can then continue to function without any problems. The Tesla Model S offers for its batteries a warranty of 8 years. In addition, it is estimated that lithium batteries together with solar panels have a lifespan of more than 20 years.

Battery capacity and life depend not only on the type of battery and the chemical reaction that takes place in it, but also on driver´s behavior and his care. Deep cycle lithium batteries should never be discharged below 20% of their total capacity. In the case of newer generations, it is possible to discharge them a little more, but under no circumstances should they be completely discharged.

As soon as the battery is no longer sufficient for the operation of an the electric car, two more options come into play, second life and recycling. 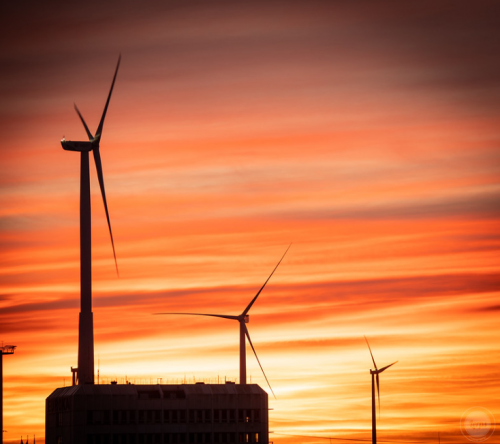 If the battery is no longer suitable for the operation of an electric vehicle, it is possible to give it a second life that does not require such a high capacity. Batteries are most often used as stationary battery energy storage. The main issue with the energy from renewable sources has always been the discrepancy between its production and consumption and insufficient storage options, and this is exactly what electric car batteries can solve. Instead of becoming a burden for the environment, they can help us increase the share of renewable energy.

Recycling is the last step, where the goal is to recover the maximum amount of used material using the least amount of energy. EU directives oblige manufacturers to actively collect batteries and recycle them at their own expense. The most difficult part is the direct recycling of battery cells and the separation of the metals used for chemical reactions. However, even with cobalt, up to 85% efficiency can be achieved.

What was the development of the batteries? And their future?

And finally for the curious, what was the history of EV batteries?

The first electric cars, which appeared as early as the beginning of the 20th century, used lead batteries for their propulsion. These were easily available and, above all, cheap batteries, that were already very advanced at that time. The main disadvantages of lead batteries are that they should never be discharged below 50% and that regular electrolyte monitoring is required. At the same time they are relatively heavy and they accounted for 25-50% of the total weight of the electric car. The service life of lead batteries was approximately three years.

Like other batteries, the lead battery has a low specific energy compared to gasoline or other fossil fuels. In this case 30-50 Wh/kg. Its normal efficiency is 70-75% and in case of cold weather it decreases even further by up to 40%.

Later, nickel-metal hydride batteries appeared. They have a better specific energy than lead batteries and, in addition, they were shown to have a very long service life. The battery placed in the first Toyota RAV4 hybrid cars is still functional after more than 160,000 kilometers and more than 10 years.

The fears that some opponents of electric cars cite, namely that the battery will not last long and will need to be changed soon, were no longer true for the last generation of batteries. The disadvantages, however, were low efficiency, high self-discharge rates and poor cold weather properties.

Then batteries called Zebra were invented. To use them, it was necessary to heat the electrolyte to 270 ° C and thus, the cold weather ceased to be a problem for them. Only the initial heating costs increased. In addition, they were non-toxic and had a higher specific energy - up to 120 Wh/kg. But its power was very low <300 W/kg and the need for initial warm-up was hazardous. And the main problem was keeping the battery charged. 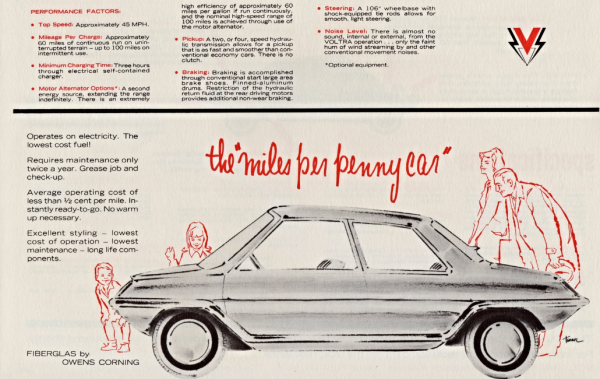 In 1979, the lithium-ion battery was first introduced, and it is still one of the most popular batteries that is used practically everywhere. The problems of the first prototype were mainly in temperature sensitivity, their deformation at high temperature, low performance at low temperatures and early degradation.

The new generation of lithium-ion batteries sacrificed some of its specific energy and specific power in favor of longer life, environmental protection, reduced risk of fire and increased charging speed. Thanks to this, it is possible to charge them in a few minutes. Lithium-phosphate batteries last for more than 10 years and last for more than 7,000 charging cycles.

Two main options are currently being considered for the future. The first is to preserve lithium batteries, but replace the graphite in them for silicon. This would significantly increase the specific energy and energy density. The problem is only a large change in the volume between charged and discharged state.

The second option, that is of great interest, are solid batteries, which do not use electrolyte, and therefore the partition between the cathode and anode will never cause a problem again. This would make them safer and would allow for much longer life. The estimated time of introduction of this technology is up to five years and commercial production in ten years.

PARTNERS AND OUR CUSTOMERS