Connector types for EV charging around the world

General overview of the different types of connectors

For simplicity, the different types of connectors can be roughly divided according to the region where they are most used. Although this is a simplified statement. AC charging stations usually do not have an integrated charging cable, so the driver carries the cable that fits his car and the problem with the types of connectors is basically eliminated. DC fast charging stations always have a cable attached because of security reasons, the amount of current, cable's price and weight. so it is necessary to select a station that has the appropriate connector. 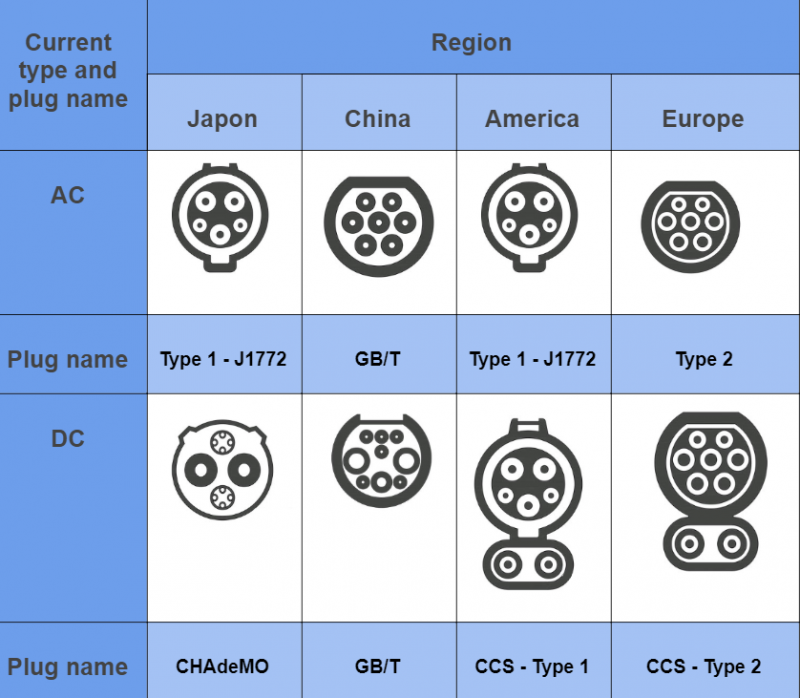 In the following section, we offer a quick overview of the development and a description of the individual connectors.

The first electric cars, such as the General motors EV1, used an inductive connection for their charging where the current was transmitted by electromagnetic induction. However, this method of charging did not prevail because it was not efficient enough in that time. (Today, we can hear suggestions for returning back to inductive charging and Norway is by far the most progressive country in this regard.) The inefficiency created a demand for the design of a conductive connection with the elegant name of SAE J1772-2001. One of the requirements for the connector was establishing a connection with the deck and the infotainment system. 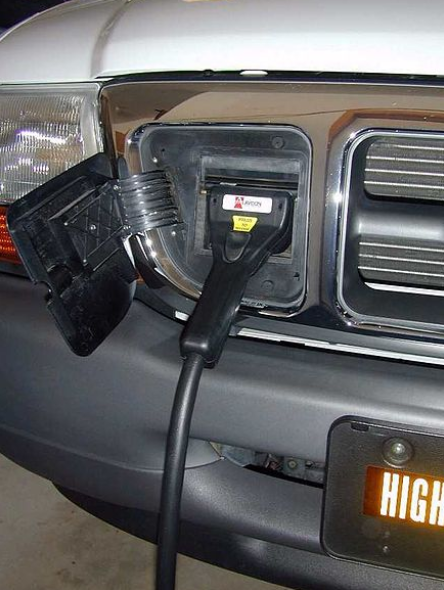 Originally, electric cars in Europe also had this type of connector so many older or hybrid cars are still equipped with Type 1, but since it is common for al drivers of electric vehicles to carry around their own cable, there is no problem with charging at any AC station. However, now Type 1 is used mainly in America and Asia. The main disadvantage of this plug is that it allows the use of only one phase and it doesn't support a built-in automatic locking system. 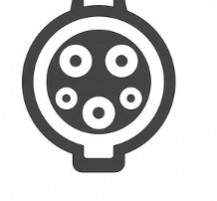 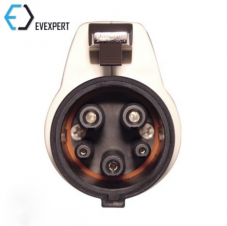 European cars used the Type 1 connector until major European automakers began looking for a new solution that could take advantage of all three phases. In 2003 new specifications IEC 62196 were established based on which the Type 2 "mennekes" plug was produced and it quickly became the new European standard. Thanks to the fact that both types of plugs (type 1 and 2) use the same J1772 signaling protocol for communication, car manufacturers can make vehicles in the same way and only at the very end they install the type of plug that corresponds to the market where the car will be sold. Passive adapters also exist among these types. Another important advantage of the Type 2 plug is that it supports a built-in automatic locking system.

(The Type 2 plug is called Mennekes, because it was a German company of the same name that developed a design for this plug. The term "Mennekes design" was often mentioned in the texts, and it started to be used among the general public.) 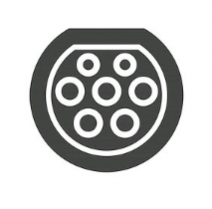 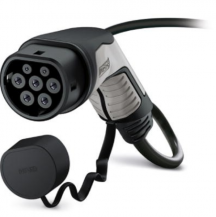 The Tesla Model S and Model X sold in Europe also have the Type 2 plug (only in a slightly modified version) which they can use for charging at any AC charging station and they also use this connector for the Tesla Supercharger network where they charge using DC.

In China, under the supervision of the Guobiao Standardization Commission, a GB / T plug was developed, and currently it is the only one that is used. The fact that there are no other types of connectors in the whole country that would compete facilitates the development of the charging infrastructure. It should be noted that China is the country with the densest network of charging stations and has the largest share of electric cars in the world.

At first glance, the connector seems to be the same as Type 2, but the cables inside are arranged in reverse order so they are not compatible. 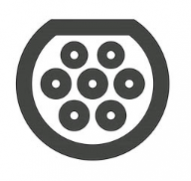 DC charging allows the car to be charged significantly faster than AC charging. Currently, the most common charging stations are 50 kWh, but 150 kWh stations already appear, and 270 kWh and 350 kWh chargers are emerging, which is reflected in the constant need to develop more efficient connectors.

CCS, or combined charging system, is a beautifully elegant solution for fast DC charging. These are the original plugs, either Type 1 or Type 2, to which two more pins are added at the bottom. In the case of DC charging, these two lower pins participate in the charging itself and from the upper part only the communication pin and the earth conductor, which provides the reference point for the protection systems, are used. These connectors can withstand power of up to 350 kW.

It is currently the most popular type of DC connector. Type 1 is common in the United States, while Type 2 CCS is used in Europe. The European Parliament's efforts to allow only CCS 2 and other plugs to be phased out of Europe have not been successful, but this standard is still winning, mainly because the car has only one socket. When using the CHAdeMO connector, the car must always have two sockets.

CCS are not compatible with CHAdeMO and GB / T charging stations because they use different communication protocols, so special adapters are needed and they are not easy to obtain. 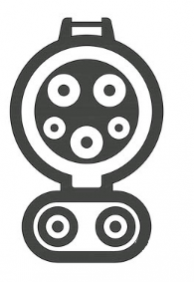 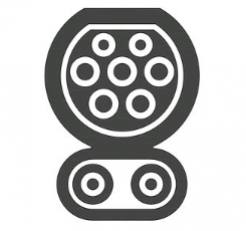 The European Parliament tried to enforce a directive to make this connector gradually disappear from Europe in favor of CCS. The current wording of this directive states that each fast charging station must have at least a CCS connector. Charging stations can easily have more connectors. However, electric car manufacturers themselves are abandoning CHAdeMO connectors. Currently, only two electric cars with this connector are produced, and one of them, Nissan, is moving to CCS connectors, so it seems that this standard will be common only in Japan and China.

In 2018, the CHAdeMO Association introduced the second version of its connector, which allows you to charge up to 400kW. And it is currently working with China to develop an ultra-fast connector capable of charging up to 900 kW. 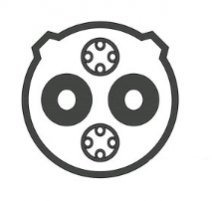 As with AC charging, China has its own standards for DC charging. GB / T is currently working with CHAdeMO to develop a third generation of connectors that should be capable of transmitting 900 kW. 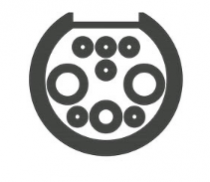 Tesla is, of course, a topic in itself and has different connectors than any other brand, which allows Tesla customers to charge on their own charging stations that cannot be used by any other vehicle.

At the same time, however, Tesla also offers adapters for other types of plugs, so for their vehicles it is not a problem to use the charging stations with a Type 1 or CHAdeMO plug.

In the war for the winning DC plug in Europe, Tesla leaned towards the CCS Type 2 plug in its Model 3. 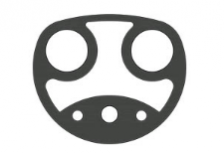 If you enjoyed this article about connectors and would like to learn more about AC / DC charging or what are the advantages of your own AC charging station, or many other topics, we have prepared a series of articles in the Basics of Electromobility section.

Privacy preferences
We use cookies to enhance your visit of this website, analyze its performance and collect data about its usage. We may use third-party tools and services to do so and collected data may get transmitted to partners in the EU, USA or other countries. By clicking on 'Accept all cookies' you declare your consent with this processing. You may find detailed information or adjust your preferences below.

Show details
Our webpage stores data on your device (cookies and browser's storages) to identify your session and achieve basic platform functionality, browsing experience and security.
We may store data on your device (cookies and browser's storages) to deliver non-essential functions that improve your browsing experience, store some of your preferences without having an user account or without being logged-in, use third party scripts and/or sources, widgets etc.
Use of analytic tools enables us to better understand needs of our visitors and how they use our site. We may use first or third party tools to track or record your browsing of our website, to analyze tools or components you have interacted with or used, record conversion events and similar.
We may use cookies and third party tools to enhance products' and/or services' offer of ourselves or those of our partners, its relevancy to you, based on products or pages you have visited on this site or on other websites.
Close
✕