Tesla unveiled the Model S P100D, the fastest series-produced car in the world! 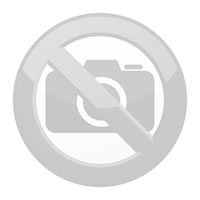 Model S P100D with Ludicrous mode is a car with the third fastest acceleration that was ever made. From zero to 100 km / h accelerates in 2.5 seconds. What are the other two fast cars, we're talking about?

Laferrari and Porsche 918 Spyder were produced in a limited edition, cost millions of dollars and now you cannot buy new. Despite the fact that they only had two sites and almost no extra space. In contrast, the Tesla Model S P100D is a purely electric drive, is on all fours and fit into it four adults and two children. Plus extra suitcase front.

Mentioned battery pack can also be purchased for the Model X, making it the fastest SUV in the world. X Model P100D then handle from zero to 100 km / h for 2.9 seconds. Estimated range is 542 km on a single charge. Model X is of course purely electric and offers space for up to seven adults.

Model S and Model X was designed to be the safest cars on the road. Both models have the highest ratings by NHTSA. Both Tesla have access to Superchargers and the possibility of charging for free. In addition, each Tesla will improve itself through updates without additional charge.

Better battery can be ordered

Customers who ordered the Model S P90D Ludicrous, but still did not get my car, have the opportunity to buy a pack of 100 kWh for 8,880 euros. Car owners P90D can also buy 100 kWh battery option, but at twice the price, to be recycled to their original battery.